Dan McCarney has been hired at North Texas to rebuild the Mean Green program.

The former Iowa State head coach inherits a team that has posted a 13-58 record in six seasons since enjoying a four-year run of winning the Sun Belt conference. McCarney had been assistant head coach at Florida since 2008. 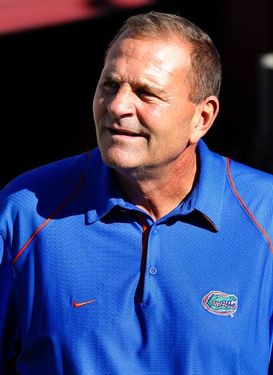 ICONDan McCarney is taking over the North Texas program.

“Why not North Texas? Why not bowl games? Why not championships?" McCarney said. "We don't have to make excuses for anything. We don't have to talk about what we don't have because of the leadership of [university administration]. We're going to try to make this one of the most special places in all of college football."

McCarney is the highest-profile hire at North Texas since Hayden Fry in the 1970s. He signed a five-year deal that will pay an annual salary in the mid-six figures — much more than what the fired Todd Dodge received after being hired from nearby Southlake Carroll High School.

The Mean Green will open an on-campus $78 million stadium next season.

Check out the brand-new NFP Message Boards and let your voice be heard on all things college football.