Despite the fact that home underdogs have posted a 13-6 (.684) mark against the spread through three weeks this season, a big portion of the 724 LVH SuperContest participants who submitted their entries for Week 4 decided to buck that trend and back the road favorites.

With a prize pool of over $1.1 million up for grabs, the New England Patriots (-4 at Buffalo) and San Francisco 49ers (-4 at NY Jets) were the most popular choices among the contestants for this week.

<p> And here’s the full breakdown of picks for all 724 contestants: 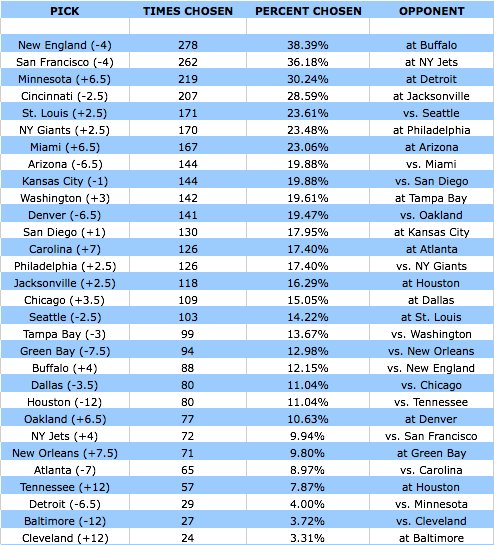