All Saints Day in Court

Today in New York -- in the midst of chilling and damning audio from Gregg Williams -- Commissioner Roger Goodell will hear appeals from head coach Sean Payton, general manager Mickey Loomis, assistant coach Joe Vitt, and the organization in general -- regarding the discipline levied due to the “bounty” system in place in 2009, 2010, and 2011. As per the NFL Collective Bargaining Agreement (CBA) and Bylaws, the appeals are heard by the same office that originally levied the discipline, that of the Commissioner.

Goodell handed out the penalties -- which include a yearlong suspension to Payton, an eight game suspension to Loomis, and a six game suspension to Vitt -- after a comprehensive and lengthy investigation by NFL Security. Among those questioned and allowed to explain their side of the story during the inquiry were, of course, Payton, Loomis, and Vitt. Therefore, an appeal appears futile, especially with the release of this explosive evidence today from Yahoo's Mike Silver.

However, for the simple price of asking, Payton and Loomis can have their “day in court” to challenge the harshness of the penalties. It certainly doesn’t hurt to ask. 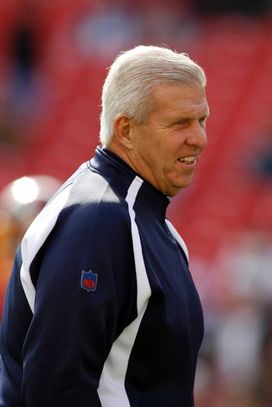 Certainly, there are strategic reasons for the appeal. Payton wants to savor every minute he can before being banned from the Saints’ facility. Payton and Loomis can also map out their calendar with existing staff to better prepare the organization for their absence. And, of course, Payton can continue to explore his replacement, including the possibility of Bill Parcells serving in his stead.

The slight delay can also give guidance to Payton on what he can and cannot do over the coming months, although this seems clumsy to me. I find it to be a bit flimsy. After an exhaustive inquiry, a prelude announcement to sanctions a month ago, and the announced sanctions two weeks ago, Payton does not know what restrictions are placed upon him? Seriously?

The real reason for the appeal is for the representatives of the Saints, Payton, Loomis, and Joe Vitt to try to put the punishment in some kind of context. They will not challenge the fact they were wrong; they will challenge the severity of the discipline imposed.

Lawyers will likely be representing all parties. And lawyers love precedent. They will try to look to any similar situations in the past -- "Spygate" among them -- that Goodell or those before him have ruled on. They will try to compare situations and argue that the discipline is disproportionate to the misconduct involved.

The problem for the appealing parties is that precedent may simply not matter here.

A hallmark of Commissioner Goodell’s tenure has been the Personal Conduct Policy and having full authority to rule on player conduct and any appeals (a power unchanged in the new CBA despite carping from the NFLPA).

The most well known case of this involved star quarterback Ben Roethlisberger for conduct that, while vile, did not result in criminal charges after a lengthy investigation. Nevertheless, Goodell suspended Roethlisberger for six games -- later reduced to four -- in the name of protecting the brand and the image of the NFL and its players.

Did Roethlisberger’s punishment fit the misconduct based on precedent? Probably not. Would a lesser known player have had the same discipline? Probably not.

The behavior of the Saints’ employees was wrong and, perhaps more importantly, at the wrong time. Does their punishment fit their misconduct based on precedent, even what little there is? Probably not. However, to Goodell, there are issues bigger than this case here.