The NFL’s stripping of Cap room from the Redskins and Cowboys – and, to a much lesser extent, the Saints and Raiders – is a striking punishment for actions that seemed innocent enough when they occurred during the 2010 uncapped season.

The following are excerpts from my column on September 24th, 2010. At that time lauded the Redskins and Cowboys for their treatment of monies paid then. As it turns out, those contracts, in the NFL’s words “created an unacceptable risk to future competitive balance.” Thus, $36 million and $10 million are being taken from the Redskins and Cowboys Caps, respectively, and placed into a pool to be shared by 28 other clubs (with the Saints and Raiders excluded for minor violations themselves.)

Now 18 months later, it is interesting to read my analysis – and praise – of what was done then, knowing what it has caused now. Here it is:

The two perennial NFL Cap spendthrifts – the Redskins and Cowboys – are being – gasp – fiscally prudent in this uncapped year. They are structuring their biggest contracts in a way that indicates that whenever a new collective bargaining agreement does get negotiated, the NFL will continue in a capped system that rewards sound and prudent Cap management.

Two teams, however, that were never known for conservative Cap management have been the Redskins and Cowboys. Now, however, in this unique year, their biggest deals are structured that way.

Albert Haynesworth – everyone’s favorite punching bag this year – had a $21 million bonus this year that was restructured in the manner described above to have the entire amount count in 2010 with no accounting in future years. DeAngelo Hall had a $15 million bonus restructured in the same manner. Both players had voidable clauses in their sole control, allowing them to cut short their contracts assuming they repaid their bonuses (which, of course, they would never do as that money has already been spent).

Thus, for Cap accounting, both amounts count solely in 2010 and are not prorated if and when the Cap returns in 2011 or beyond. That is $36 million of money hitting 2010, the year without a Cap, and no remaining Cap hits on that money in future years. And, perhaps best of all, the Redskins can now dump Haynesworth without Cap consequence next season, a move I fully expect them to make. 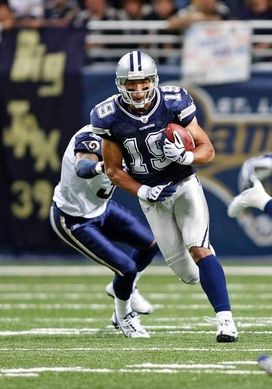 Similarly in Dallas, the Cowboys have structured their latest big receiver contract – following a couple disaster contracts for receivers Terrell Owens and Roy Williams – in a similar fashion.

As part of his new contract, Miles Austin will make $17 million in 2010 from the Cowboys. They have frontloaded the money from a cash and – acting as if there were one – Cap standpoint, limiting hits against future Caps.

Kudos to two teams protecting their Cap future that have not previously operated with such forethought. The uncapped year, of all things, has spurred the Cowboys and Redskins to operate more prudently in their Cap management. Who knew?

It's quite strange that these contracts are now being scrutinized, given that the NFL Management Council approves all NFL contracts. While the previous CBA made no explicit warning, oral warnings were issued to teams at the beginning of 2010 and also at NFL Owners Meetings throughout the year.

Every team in the NFL feels that the league office, at some level, favors other teams. In Green Bay, we certainly had that complex, as we felt to be ignored at times since we lacked a true owner. Today, there are probably several owners who feel that the Redskins and Cowboys now have to face the music after being allowed to skate on the edges of the rules for some time.

The timing of the league's announcement is strategic as well. Rather than mete out punishment at the start of the 2011 League Year – during the harried frenzy of finalizing the new CBA – the NFL waited until it secured NFLPA approval. This happened to coincide with the announcement of the 2012 Cap number and the eve of free agency.

The punishment to the Redskins and Cowboys is substantial. However, it will serve to foster a return to their modus operandi – ignoring future Cap issues by prorating over a number of years in order to spend freely in the present.

As to the way the previous column ended, that was eerie in itself. Who knew?