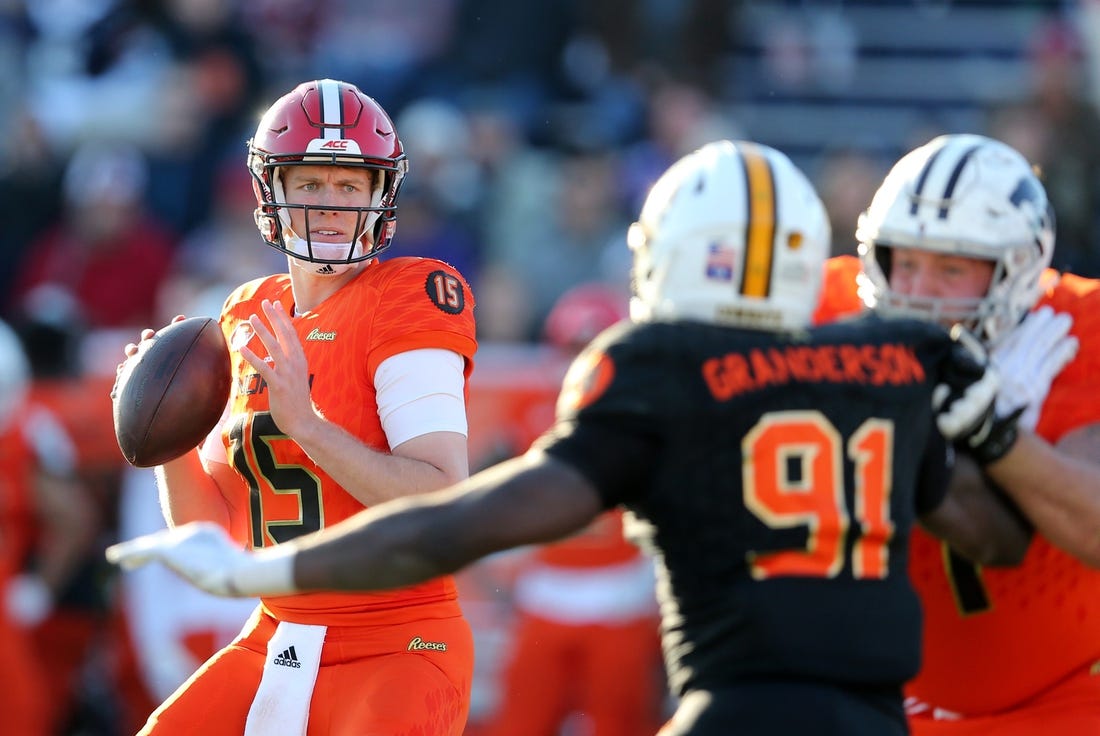 The Cincinnati Bengals traded three picks Saturday to move up six spots in the fourth round of the 2019 NFL Draft, selecting former North Carolina State quarterback Ryan Finley with the 104th overall pick.

He was the first of two quarterbacks taken in the round, with New England selecting Jarrett Stidham of Auburn with pick No. 133, perhaps looking at him as the eventual successor to Tom Brady, who will turn 42 before the start of the 2019 season.

Other notable picks in the fourth round:

--Defensive end Anthony Nelson (No. 107 overall to Tampa Bay), joining safety Amani Hooker (No. 116 to Tennessee) to give Iowa two players selected in the round.