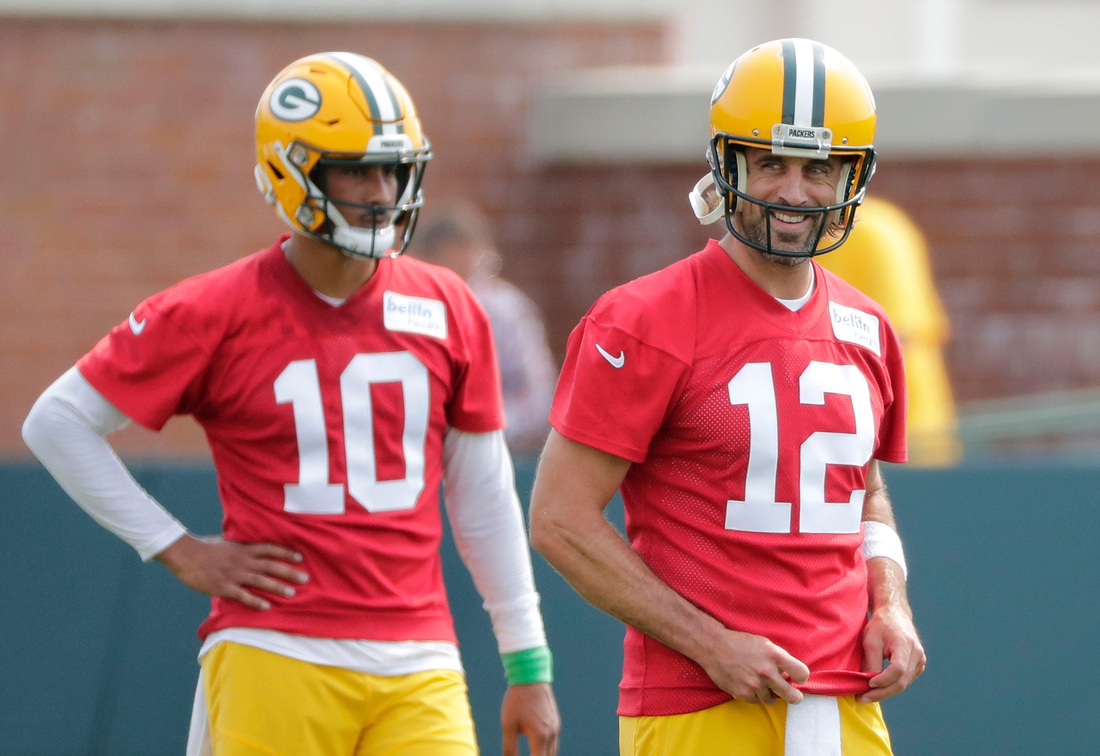 It also spurred multiple sportsbooks to set odds on who will be under center for the Packers in Week 1 of the 2022 season — if it’s not Rodgers — and where the four-time NFL MVP might be if it’s not with Green Bay or enjoying retirement.

Rodgers said Tuesday on “The Pat McAfee Show” that he had not made a decision about his future.

Packers backup quarterback Jordan Love was among the numerous people Rodgers expressed gratitude for in his Monday night post. The 23-year-old has been waiting in the wings since his controversial selection in the first round two years ago.

The former Utah State quarterback saw his first regular-season action in 2021, completing 36 of 62 passes (58.1 percent) for 411 yards with two touchdowns and three interceptions. He’s the clear favorite to take over the starting job if Rodgers moves on, with MaximBet offering him at 2-1.

The next shortest odds belong to San Francisco quarterback Jimmy Garoppolo (5-1), who is widely expected to be traded this offseason with the 49ers spending the third overall pick on Trey Lance last year. He’s followed by Russell Wilson at 6-1, despite Seattle’s quarterback saying earlier this month that his “hope and goal” is to remain with the Seahawks.

BetMGM is offering -350 odds that Wilson takes the first snap for Seattle in Week 1 compared to +240 odds that it will be any other quarterback for the Seahawks.

Any rookie quarterback taking over for Rodgers and starting in Week 1 has 8-1 odds at MaximBet, followed by Las Vegas backup Marcus Mariota (9-1) and Minnesota starter Kirk Cousins (10-1).

The sportsbook is offering odds on 14 possibilities, all the way down to the Packers luring Tom Brady out of retirement at 25-1.

Sport Writer & Editor
Field Level Media
FLM has a North American focus while tying into regional and hyper-local resources – providing the ability to distribute compelling content through the writing of professional journalists. As the U.S. sports content provider to dozens of digital and print media publishers through strategic partnerships with the likes of Reuters and Nielsen Sports, FLM covers the nuts and bolts with a breaking news desk and game event coverage.