The Indiana Supreme Court on Wednesday issued a decision in favor of DraftKings and FanDuel in a case brought by three former collegiate football players, who argued that the daily fantasy sports operators violated the players’ “right of publicity” under Indiana law.

Indiana’s highest court found that the DFS operators (and now sportsbook operators in some states) committed no such violation, because their use of player data, statistics and names falls within an exception to the rule, because that information falls within the meaning of “material that has newsworthy value,” the court writes. It made no difference that DraftKings and FanDuel were using the stats and information commercially — in contests requiring entry fees and awarding cash prizes.

The court made it clear they were answering only a limited question based on the set of facts presented. That said, the net effect of this ruling, which leaned on precedent from the Eighth Circuit Court of Appeals, may streak into the national conversation about data within the context of legal sports wagering.

Indiana on Friday became the latest state to hold a sports betting hearing, when lawmakers heard from various corners of the industry — a technology provider, the NBA, an anti-gambling group and small business owner Patrick Doerflein, who owns an app called “Burn and Bet,” referred to himself as a “hillbilly guy from Brown County” and asked legislators not to over regulate.

While the session had moments of levity, it was a very different sort of hearing in Illinois on Wednesday. Indiana state lawmakers put forth several sports betting bills in 2018 and the Gaming Commission signed on with a market analysis firm, but Hoosier State legislators on the Interim Joint Public Policy Committee still appeared to be in the early learning stages of learning about sports wagering.

One lawmaker asked if a technology professional had said “toad system” when he was referring to a “tote system,” and another asked NBA executive Dan Spillane if any states that have legalized sports betting passed a law granting the league an “integrity fee.” (None have.) This was in stark contrast to contract with gaming entities independently?”

Indiana, Illinois and the District of Columbia will have hearings on sports betting this week. Both the Indiana and Illinois hearings are informational, ahead of the midterm elections and winter sessions, while the D.C. Council hearing could be the first step in legalizing sports betting before the end of the year.

In Indiana, the Interim Study Committee on Public Policy, chaired by Representative Ben Smaltz (R-District 52) will hear public testimony and have a committee discussion about legal sports betting before issuing a recommendation on the topic on Friday beginning at 12 p.m. ET.  The Indiana General Assembly adjourned in March without legalizing sports betting.

Sports betting was definitely a hot topic among some members of the assembly, and in January, Representative Alan Morrison (R-District 42) introduced HB 1325, a sports wagering bill that marked the first appearance of a bill containing several pro leagues’ “Model Legislation” language and a 1 percent “integrity fee” that they’ve been after.  The bill died in committee and no additional legislation was introduced before the session closed. On the Senate side, Jon Ford (R-District 38) also introduced legislation, but it, too, died in committee.

Read more Sports Betting on Agenda This Week In Indiana, Illinois and Washington, D.C. on SportsHandle.

Indiana lawmakers were unable to legalize sports betting during the legislative session earlier this year, but that doesn’t mean the state is doing nothing since the session ended.

According to a report from The Statehouse File, the Indiana Gaming Commission in July signed a two-year deal with the market analysis firm Eilers & Krejcik Gaming LLC. Indiana regulators learned of the company through their counterparts in West Virginia, which passed a bill legalizing sports wagering in March.

Indiana will pay Eilers & Krejcik nearly $75,000, according to the report, to conduct multiple studies related to sports wagering with the goal of providing legislators with financial and policy information needed to make any proposed legislation meaningful. Though the contract is for 24 months, though the company expects to provide some data to lawmakers as early as this fall.

Indiana Was a First Mover in Terms of Pushing Sports Betting Legislation, But Didn’t Get a Bill Passed Before the 2018 Session Ended.

Indiana was among the first states to start to begin exploring sports betting during the 2018 legislative session. In fact, Representative Alan Morrison (R-District 42) announced in January that he would introduce sports betting legislation during the session. He did so, as did senator Jon Ford, but both bills died in committee. 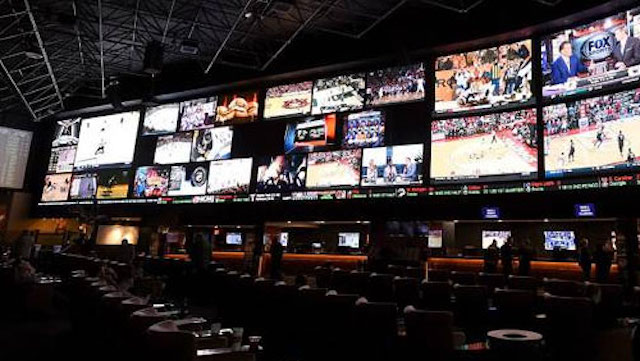 Of note is that Morrison’s bill, which was introduced in early January, included the “integrity fee” that the major professional leagues favor. Indiana was the first state to use such language and the idea of paying the pro leagues a cut of sports betting revenue has evolved into a contentious issue across the U.S.

The six states that have either legalized or rolled out sports betting (several states did not need new laws passed) have declined to pay the leagues. In addition, several states lambasted the pro leagues and the idea of the integrity fee, or royalty, as the leagues are now referring to it, earlier this year. So far, the only state in which lawmakers appear to be actively considering a royalty is New York.

Indiana is home to about 14 casinos — mostly riverboats with land-based properties plus one Native American casino in South Bend. Indiana’s legislature goes back in session Jan. 14.