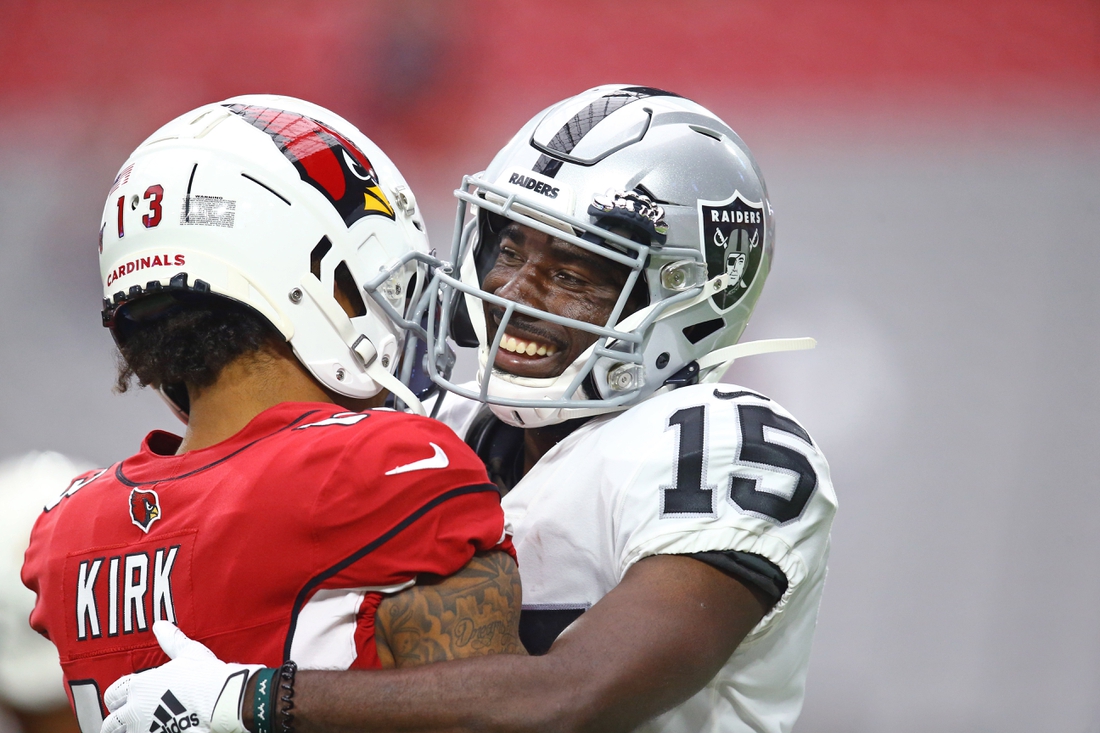 Nelson, who was signed by the 49ers two weeks ago, joins fellow wideouts Deebo Samuel (foot), Brandon Aiyuk (hamstring), Jalen Hurd (torn ACL) and Richie James (wrist) on the sideline due to injuries.

“J.J. Nelson has come in and done a really good job,” Shanahan said on KNBR’s “Murph & Mac show” on Friday morning. “He’s been banged up the last two days. We just got some injury stuff on him yesterday, so he’s going to probably be out here for the next month, so you lose another (receiver).”

Nelson, 28, appeared in two games with the then-Oakland Raiders last season and caught four passes for 36 yards and a touchdown.

Pending results of their physicals, they would add much-needed depth at a position rocked by injuries to Deebo Samuel (broken left foot) and Richie James (broken right wrist). Travis Benjamin also opted out of the season due to concerns about the COVID-19 pandemic.

Nelson, 28, appeared in two games with the Oakland Raiders last season and caught four passes for 36 yards and a touchdown.